Constantinople (Istanbul) Wed. Nov. 28, 2017 – The 50 years anniversary celebration (1967-2017) since the meeting of Ecumenical Patriarch Athenagoras and Pope Paul VI was held at the Italian Cultural Center in Istanbul. The Vatican was represented by Cardinal Kurt Koch, president of the Pontifical Council for Promoting Christian Unity, who led a Vatican delegation to Istanbul for the feast of St. Andrew the Apostle. 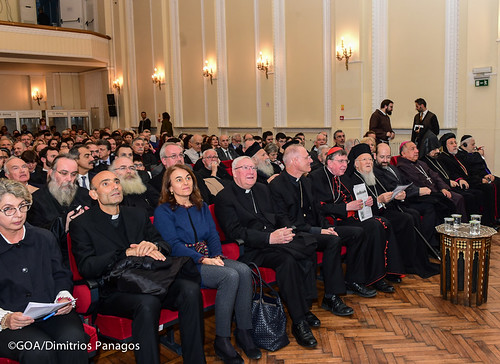